He said at the program’s opening ceremony at the Faisal Mosque in Islamabad that the effort will benefit 4.5 million families by providing interest-free loans to start small companies, build homes, start farming, and obtain technical education.

According to him, the government has so far disbursed Rs2.5 billion to low-income people through various welfare programmes, and banks have also offered Rs55 billion in loans after the government encouraged them to support the common person.

Pm Imran Khan underlined the importance of Pakistan being a welfare state like Madinah, noting that Pakistan was envisioned as a socio-welfare state.

However, he regretted that departing from this concept caused more challenges for the regular person.

The government would expand the Kamyab Pakistan Program, which wants to make a welfare state in Pakistan, according to the prime minister.

Businesses are eligible for interest-free loans worth Rs500,000, farmers for Rs350,000, and residences for Rs2 million, according to him.

PM Imran stated that one member of each deserving family would receive technical training as part of the scheme.

The Rehmatul-Lil-Aalameen Authority, which he plans to inaugurate tomorrow (Thursday), will be based on his idea of how to best promote the Holy Prophet’s principles (PBUH).

The issuing of the ‘Naya Pakistan Health Card,’ according to Prime Minister Imran Khan, is the “largest” government initiative aimed at making Pakistanis’ life easier. He declared that all families would receive health cards by the end of March, reiterating a statement he made during the program’s inauguration last December.

During his latest address, the prime minister also mentioned lowering fuel and energy rates. This was made possible, he stated since the Federal Board of Revenue (FBR) had collected a “record” amount of taxes.

The prime minister slashed the price of gasoline by Rs10 per litre and the electricity tariff by Rs5 per unit earlier this week as part of a series of initiatives to ease the burden on the people.

When the announcement was made, many people, particularly the opposition, were doubtful. Many branded the move a populist measure, fearing it would lead to an even more frenzied borrowing spree in order to finance the package.

PM Imran said in his statement today that the government was able to implement these relief measures due to the revenue generated by the foreign exchange reform.

“I’d like to thank the Federal Board of Revenue for collecting record taxes in Pakistan today, allowing us to reduce petrol prices by 10 rupees per litre and power tariffs by 5 rupees per unit at a time when international costs are rising,” he remarked. These actions are possible due to the government’s “greater financial capability.” 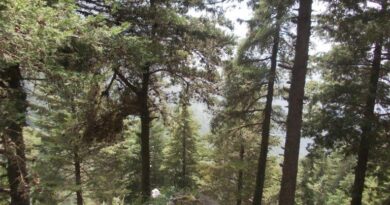